Controlling costs to benefit both SunTrust and its customers

As SunTrust’s IT organization is dedicated to providing the highest-performing computer systems to support customer services, it needs to balance performance and control costs—especially in such a highly competitive industry.

SunTrust was paying for its IBM mainframe systems monthly, while ensuring that production and development environments received the MSUs they required. It found that although its customers’ needs were being met, it was costly—there seemed little to be done to balance performance and cost. 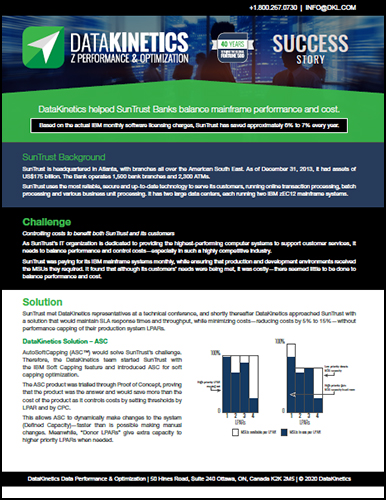